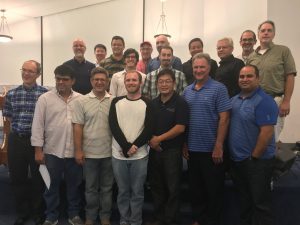 Through evangelism, the PCA is committed to reaching the multitudes in North America for Jesus Christ, and Portuguese-speaking people comprise a key segment of this great number. A growing population of Brazilians has been immigrating to the US in recent years. At first concentrated in the Northeastern US, this vibrant community has spread along the Atlantic Coast of the United States. Estimates indicate that South Florida houses a larger group, followed by Greater Boston and New York Metropolitan areas.

We have chosen the name “Portuguese SpeakingChurches” (instead of “Brazilian Churches”) with the objective of including the existing Brazilian churches as well as the future churches that will represent the Community of Portuguese Speaking Countries: Angola, Brazil, Cape Verde, Guinea-Bissau, Mozambique, Portugal, São Tomé and Príncipe, and East Timor.

Today, there are twelve churches and missions in the PCA that hold regular Sunday services in the Portuguese language.

We Invite Your Participation
Please join with us in praying that many people will find hope in Jesus Christ and that lives will be changed through this ministry. Pray that a growing number of Brazilians and Portuguese speaking people will be called to serve as PCA leaders. We ask that you prayerfully consider participating with us through your financial support. You can make a tax-deductible contribution to this ministry online. You can also mail contributions, made payable to Mission to North America, to: